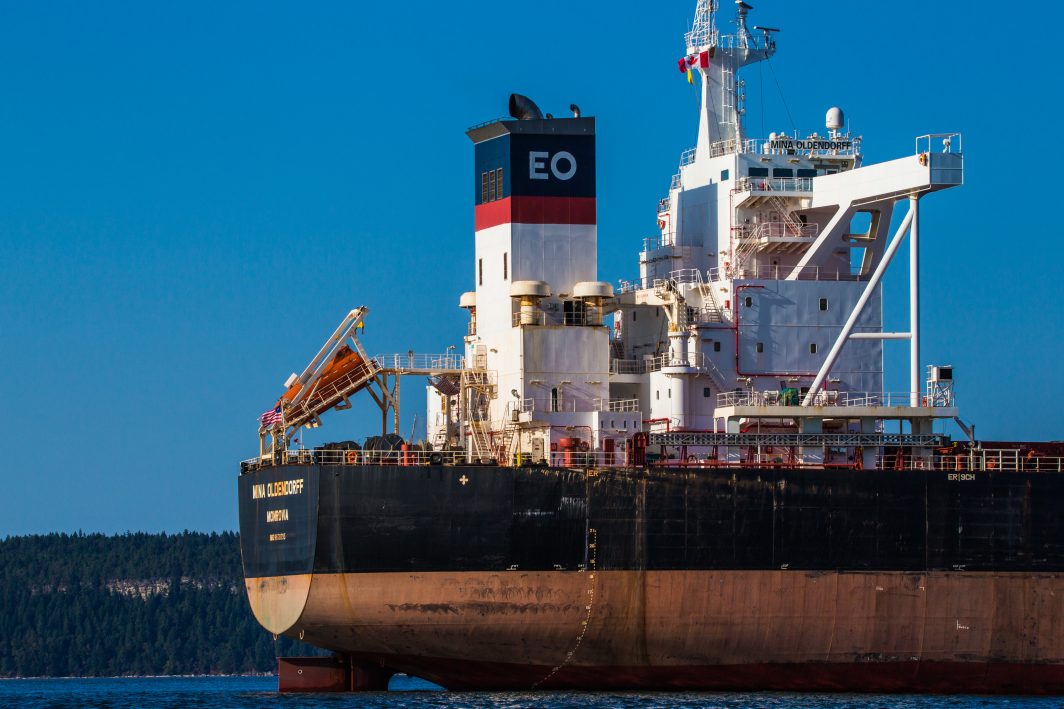 The voices of community groups alarmed with the onslaught of bulk cargo ships anchoring throughout the Southern Gulf Islands just got louder. The South Coast Ship Watch Alliance includes Gabriolans Against Freighter Anchorages society (GAFA) and other groups from Cowichan Bay, Ladysmith, Thetis Island and Plumper Sound, which lies between Mayne, Saturna and Pender Islands. They plan to use a new website www.nofreighteranchorages.ca along with Facebook, Twitter and Instagram to reach a much wider audience and people in a series of calls to action, including mass letter writing, pressuring local and federal decision makers and sharing information about both the harmful impacts of freighter anchoring in the region. “When people start to understand just how big a threat this situation is to the environment and our communities they’re more likely to push for changes.” says Bruce McConchie of Plumper Sound Protection Association, one of the founding groups of the alliance. “We need to use every tool we can to spread the word and let Transport Canada, and our federally elected representatives, know that our concerns are real and this problem needs to be fixed. This beautiful and ecologically rich region is not an appropriate place for a free parking lot bulk cargo vessels.”

GAFA president Chris Straw is helping to spearhead the campaign. He says the alliance is hoping to raise the bar substantially around awareness of the issues. “People all over this country and around the world know about the Southern Gulf Islands (SGI). They know how beautiful this region is and how important it is to the sustainability of countless marine species throughout the Salish Sea. What they might not know, is that it’s under threat from industrial shipping activity spilling over from the Port of Vancouver. 200 to 300 metre cargo ships are regularly comingstraight to the SGI, often weeks ahead of scheduled loading dates and hanging around with very little oversight and our governments are allowing it to happen.”

For several years residents throughout the region have been calling and writing to Transport Canada, the Port of Vancouver and politicians at all levels, raising concerns about noise and air pollution, anchor chains scouring the sea bed and the risk of a grounding or collision that could lead to a catastrophic fuel spill.

In 2017 Transport Canada announced a national initiative to look into the situation and come up with recommendations to better manage the situation of cargo ships anchoring outside of Federal Ports. Despite calls from environmentalists, First Nations and coastal community groups for transparency in the process, very little has been made public at this point and meanwhile the ships keep coming with greater frequency and they’re staying for long periods of time while they await berths in the Port of Vancouver.

For many Gabriolans, the anchorage issue represents an even greater threat. Residents along the island’s western shores have been exposed to ships anchoring in Nanaimo Harbour and more recently at the North end of Trincomali Channel and Pylades Channel for some time now. In addition to that, the island faces the threat of 5 new anchorage sites that have been proposed along the North East shore and are awaiting government approval. Keith Hamilton is one of GAFA’s founding members. He says “This would basically see Gabriola almost surrounded by anchoring cargo ships. We cannot allow this to happen.”