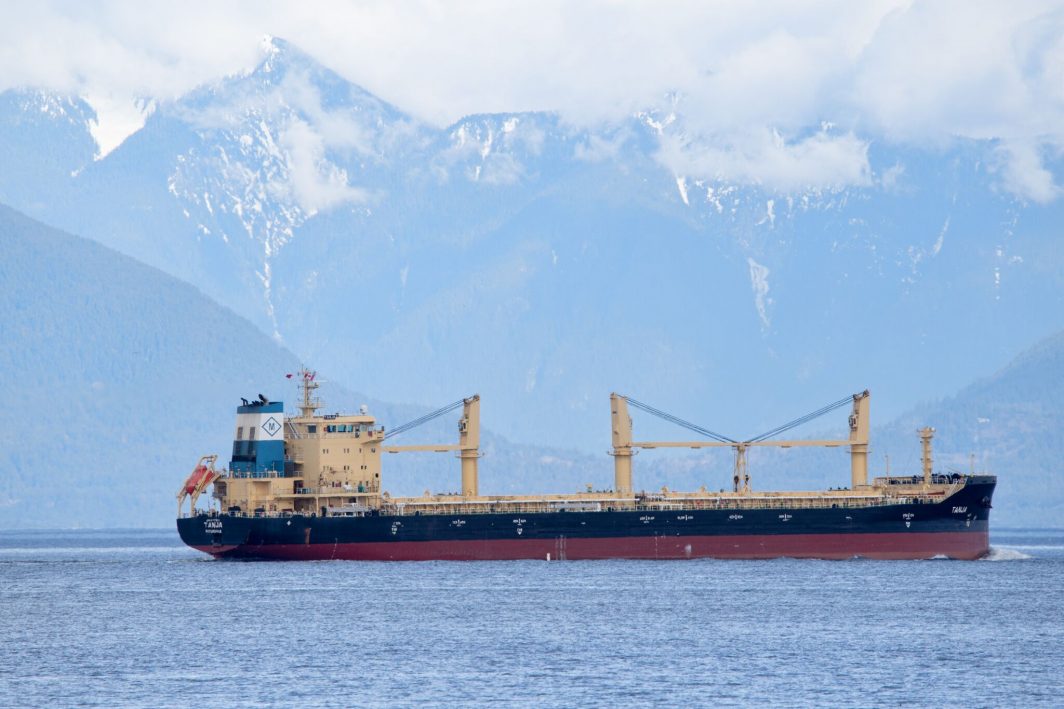 The first in a series of consultative sessions on the Federal Government’s Oceans Protection Plan (OPP) took place in Vancouver last Thursday. The meeting, billed as a Dialogue Forum, focused on a number of issues, including the future of Deep Sea Anchorages in the Southern Gulf Islands Region.

Two representatives of Gabriolans Against Freighter Anchorages attended the meeting and came away with a clearer picture of how Transport Canada plans to determine how anchorages outside of the Port of Vancouver will be managed in the future and what the process will be for designating future anchorages.

According to GAFA member Keith Hamilton, the overall plan will attempt to tackle more than 50 initiatives around everything from marine safety and monitoring ship traffic, to restoring ecosystems and mitigating environmental risks from marine activity. It will also look specifically at the impacts of anchorages on communities and the marine environment.

“It was encouraging to see that a number of the concerns GAFA and others have raised, have finally made it to the table” said Mr. Hamilton. “When the OPP was announced last fall, there was no mention of anchorages. Here we are a year later and Transport Canada now acknowledges that issues like noise and light pollution, anchor chain scouring and chronic pollution from ships at anchor, are valid concerns.”

The plan laid out at the last week’s forum includes a timeline of 12 to 18 months before decisions about anchorages would be made. During that time Transport Canada has promised extensive consultations with industry, First Nations, and other community and environmental groups, although there are few details about what form they will take.

According to GAFA president Chris Straw, Transport Canada continues to support industry calls to increase the use of the Gulf Islands as a place to park ships bound for the Port of Vancouver.

“We welcome the commitment to consultation and more studies, but to be clear, no one has agreed to take the Gabriola anchorage proposal off the table, so our work is far from over. We will continue to use letters, petitions, protests, whatever it takes to tell our Federal and Provincial Governments that we’re counting on them to be neutral and responsible regulators.”

Straw goes on to say “Given the negative effects we know these anchorages have on coastal ecosystems and communities, The Port of Vancouver must do everything it can to avoid sending huge ships into Gulf Island waters. It’s up to our governments to make sure that happens.”